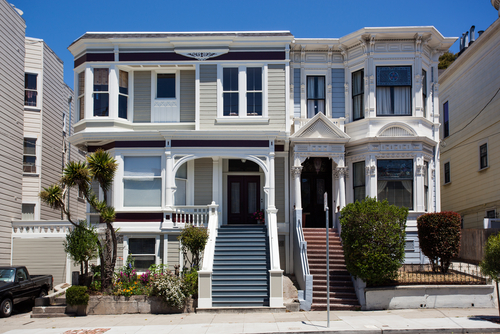 Like many people in the Bay Area, Ken Ball and his wife would like to sell their home in Oakland and use the profit to buy a house without a mortgage somewhere cheaper. The problem is, they can’t do it for nine to 12 months, and Ball wonders where the market will be then.

“I think we are at some kind of peak” in the market, but “we are probably not ready” to sell, he said. “Is there a resource that offers Bay Area housing price forecasts out a year?

Many people forecast home prices for the state or U.S., but these are of limited use because real estate is hyper local. Most forecasters expect Bay Area prices will be higher a year from now, although the rate of appreciation will slow.

Zillow, the real estate website, forecasts home values all the way down to the ZIP code. It first looks at macroeconomic factors such as unemployment, mortgage rates, construction costs and land availability, then looks at what prices are likely to do based on what they are doing today. It updates its forecast every month.

It predicts that home values will be higher in June than they were this June in all nine Bay Area counties, with increases ranging from 1.5 percent in Sonoma to 6.8 percent in San Mateo.

Home owners can find Zillow’s forecast by going to www.zillow.com/research/data. Under Additional Data Products, click on Data next to the line labeled Zillow Home Value Forecast and you will get a spreadsheet with Zillow’s price forecast for every metro area, city and ZIP code.

Ken Rosen, chairman of the Fisher Center for Real Estate at UC Berkeley, said he thinks real estate prices will “slow substantially” in 2016, but will still be positive. In June, prices in Bay Area counties were up 10 to 20 percent over the previous year. “The three things that are causing this — the huge increase in jobs, the supply shortage and very low interest rates” will all begin to change in 2016.

He sees mortgage rates going up a half a percent, job growth slowing and inventory growing. “Because of the big price increases, people will start thinking maybe they can sell their house,” he said. “We might see a bigger supply next year than we have the last couple of years.”

A year from now, he predicts prices will be 7 percent higher in the East Bay and 9 percent higher in San Francisco. “I don’t see prices going down unless we have a big recession or mortgage rates going up much higher than a half a percent.

Mark Schniepp, director of the California Economic Forecast, also sees Bay Area prices going up. “Our forecast was made in April. We had 6 to 7 percent for this year,” which proved to be conservative. “In certain cases, (price increases) are off the charts.”

“You are approaching another bubble-like condition,” he said. “At some point in time, you are going to see it level off or pare back so that the annual average for 2015 is going to be a little more rational. If it doesn’t, I would want to adjust 2016 so it might actually show a decline.”

Jerry Nickelsburg, an economics professor at the UCLA Anderson School of Management, predicts that Bay Area prices will be higher for a simple reason. “Home demand depends on household formation,” which includes people moving to the Bay Area, kids moving out of their parents’ house and roommates moving into their own homes. “You have had very rapid job and income growth. That has fueled demand for housing, but you have not had much increase in the stock of housing. That gives you better home prices.”

His forecast is for the Bay Area to experience job growth faster than the U.S. over the next 12 months. “That is going to mean higher home prices,” he said.

Dean Wehrli, a senior vice president with John Burns Real Estate Consulting, agreed. “There is no question that a year from now, prices will be higher,” he said. “Three years from now, that’s a harder question to answer.”

Nela Richardson, chief economist with Redfin, a real estate website and brokerage, does not forecast local prices. But she said homeowners can get a sense of where they are going by looking at statistics such as how many days a home is on the market before it sells, the percentage of homes selling above list price, and inventory, or how many months it would sell all of the homes on the market at the current pace of sales.

In June, homes in the San Francisco metro area stayed on the market for 19 days versus 15 days the previous June. Although 19 is very low, “it looks like it is slowing significantly,” she said. The fastest market was Denver, where homes lingered only five days. The nationwide average was 26 days, a record low since Redfin started keeping track in 2009.

Although low inventory “generally” means higher prices, things may get so unaffordable that buyers move to the sidelines. “You don’t always have to buy. We are seeing in San Francisco, buyers are a little more hesitant. It used to be, anything upright can be sold.”