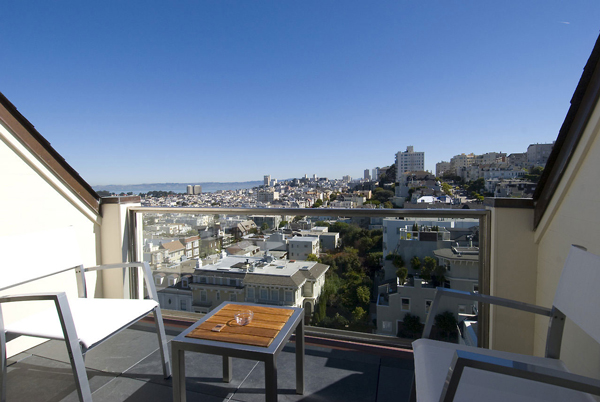 The dubious milestone makes a San Francisco two-bedroom nearly twice as expensive as other major cities like Boston, Miami, Los Angeles and Chicago. The cost of a two-bedroom in the city grew by 19 percent year over year.

A San Francisco one-bedroom costs $3,620, also the most expensive in the country.

Certainly, San Francisco’s housing crisis is complex – spinning out of control in part due to a history of underbuilding and a slew of high-paid jobs. As Google (NASDAQ: GOOG) real estate executive Jay Bechtel said this week, “Younger engineers will do anything to stay in San Francisco.” (The third-most expensive city in the country is Google’s headquarters, Mountain View, according to Zumper.)

But San Francisco is an outlier for another reason: The gap between a one-bedroom and a two-bedroom is much wider than any other city. Anecdotally, that pricing underscores a mismatch in the market where more and more people need to pile in three or four people in a two bedroom in order to make it work.

The Bay Area’s other two major cities – San Jose and Oakland – saw two-bedroom prices rise by 20 and 18 percent year over year, respectively. Those cities were the fourth and sixth most expensive cities to rent in the country with two-bedroom rents at $2,790 and $2,340, respectively.

Those annual increases in rent far surpass any other city by Zumper’s calculations, besides San Diego and Denver, where rents overall are still much lower.

The top 10 most expensive neighborhoods to rent a one-bedroom in San Francisco are:

As rents continue to skyrocket in San Francisco, and as Oakland has become an increasingly attractive destination for buyers, renters, startups and established corporations, now is a great time to explore the option of buying a home in Oakland – still easily within reach of many Bay Area buyers.

Contact me to learn about some of Oakland’s best kept real estate secrets, and learn how only 3% down can get you into an equity-producing home of your own, in one of the nation’s hottest cities.