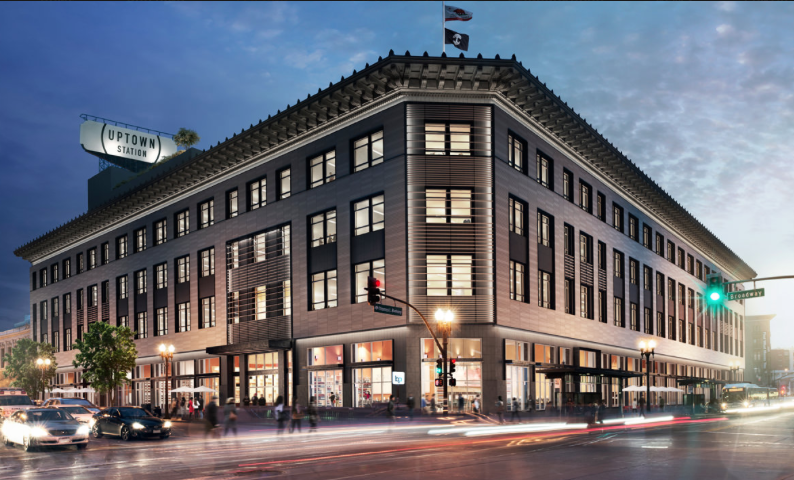 The Northern California counties that lie across the Bay Bridge from San Francisco have missed out on much of the technology boom. In 2014, tech employment increased 21 percent in San Francisco, to 59,000 jobs, and 4 percent, to 50,000 jobs combined, in the neighboring counties of Contra Costa and Alameda. About half of Alameda County residents, including those living in Oakland, commute beyond it to work and most cross the San Francisco Bay to get to their tech jobs, because average San Francisco apartment rents have climbed above $3,000 a month, 40 percent higher than rents in the East Bay. Highways, bridges, Bay Area Rapid Transit trains, and ferries are nearing capacity.

Developers have begun transforming the city of Bobby Seale and the Symbionese Liberation Army, a place still rocked from time to time by brick-flying protests against cops and corporations, into what they hope will become a hub for tech companies. To lure hipster tenants to downtown Oakland, landlords are remodeling old department stores and office buildings into open-plan loft spaces full of exposed brick and timber.

On Sept. 23, Uber announced the purchase of Oakland’s old Sears building, which was recently rechristened Uptown Station by Lane Partners, a Silicon Valley-based developer of tech office parks. The space is replete with a ground-floor food court that specializes in locally grown organic delicacies such as tayberries and stuffed squash blossoms. Uber expects employees to start moving into the 330,000 square feet of office space upstairs sometime in 2017 as the company develops a larger campus in San Francisco’s Mission Bay neighborhood.

Oakland has about 4.4 million square feet of what real estate brokers call creative space, according to commercial real estate developer Jones Lang LaSalle, with 10.1 percent standing empty. Those offices rent for about $40 a square foot per year, compared with roughly $60 a square foot in San Francisco, which has more than 15 million square feet of creative space, 7.2 percent of which is vacant. 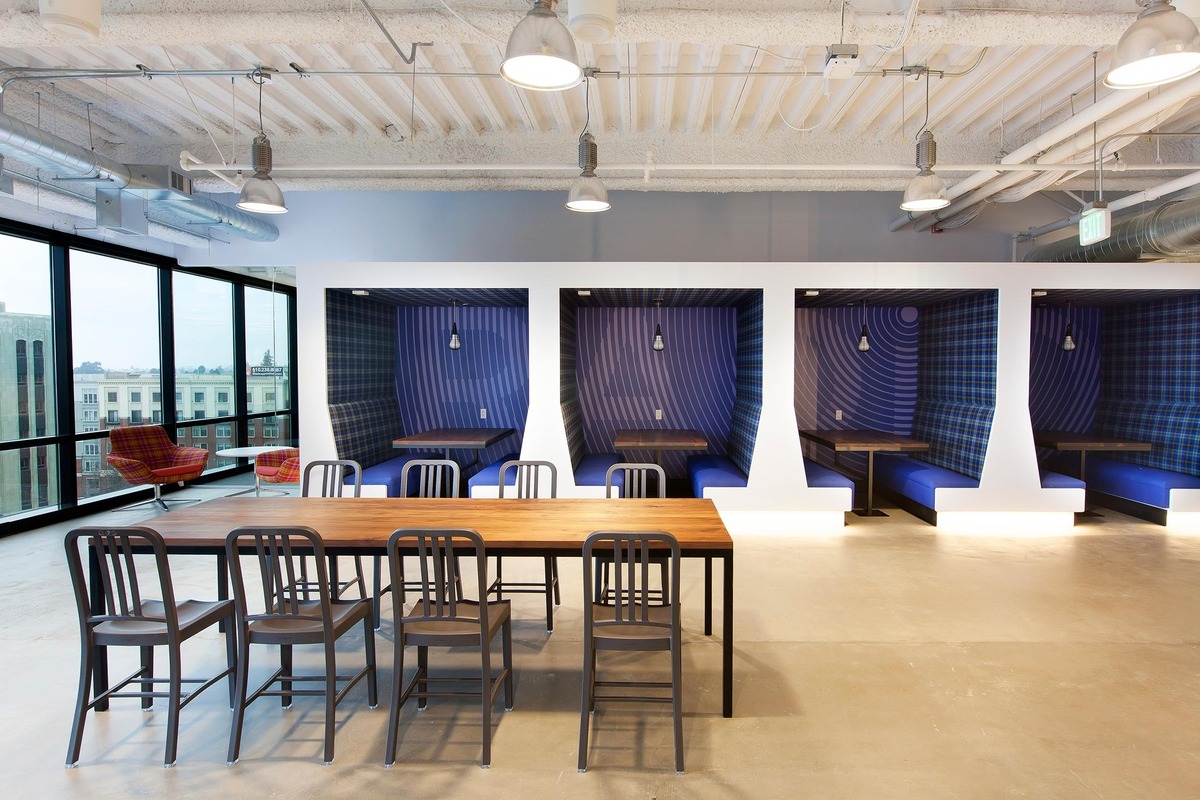 “I really can’t think of a better place to be,” says Tamir Scheinok, co-founder and chief operating officer of Fluid, a company that designs e-commerce websites for the likes of North Face and Reebok. “It’s really important for us to be in an enriching environment with bars and restaurants and a diverse community,” he says. Scheinok is relocating his 100 or so employees from San Francisco to Oakland in late November. The result, he says: Fluid’s rent will rise by about a third instead of doubling.

Fluid is among a half-dozen tech companies moving to or expanding in Oakland this year, along with Web design company 99designs, online ad agency Huge, and philanthropic incubator Emerson Collective, headed by Laurene Powell Jobs, Steve’s widow. Strengthening downtown Oakland’s appeal to tech companies: proximity to many of the city’s most attractive residential neighborhoods and an ecosystem of bars and restaurants that was either built into the downtown area or has quickly sprung up to support the remodeled office space.

“People worried Oakland was a liability for recruiting,” says Tim Westergren, co-founder of streaming-music service Pandora Media, which has been based in the city since shortly after its founding in 2000. “Now we’re finding it’s a plus.”

Brokers and the local press engage in a who’s who of rumormongering about tech giants that are supposedly looking at space in the city. The companies include Intel and Microsoft, which didn’t return requests for comment, and Google, which declined to comment. Bass says Autodesk looks at Oakland buildings “all the time,” in search of office space for 300 to 500 workers. “We hire people at $80,000 to $100,000 a year who have to use much of their income to live in San Francisco,” he says.

Oakland officials are talking to developers about building a planned 140-acre neighborhood between downtown and the city’s airport. Coliseum City, as the proposal is called, would include a 750,000-square-foot technology park along with 3,500 housing units, 380,000 square feet of retail, and as many as three sports stadiums, though the arenas have become a subject of controversy.

Whether Coliseum City becomes a reality, Oakland will remain far from the “absolute ghost town” that Fluid’s Scheinok, who’s lived in the city on and off since 1988, says he remembers. “Oakland has changed quite suddenly in the past six months,” he says. “It’s now an intersection of culture and commerce.”